Was Rudolf Steiner poisoned after all? Part 1

One of the most viewed of all the posts on this blog has been “Rudolf Steiner’s last illness and last verse”. It is still getting many hits each week, even though it was first posted on February 26th 2016. It seems as though Rudolf Steiner’s death is still a subject of great fascination for people around the world; though, ironically, my object in writing that post was to concentrate not so much on the manner of his death but rather on the extraordinary efforts he made in the last year of his life, despite being terribly ill, to communicate to his fellow men and women the true nature of what it is to be a human being, and the evolutionary path which the spiritual world intends for us. I quoted the last verse he ever wrote, in which he warns of the ahrimanic beings, who seek to turn us into what Steiner calls “the human thing.”

That was my main purpose but the speculations which have surrounded the topic ever since his death on March 30th 1925 continue to exercise a fascination for many people to this day. Why and how did Steiner die, and who would have wanted to kill him? Was an attempt to poison him made at a New Year’s Day “rout” or tea party on January 1st 1924, as believed by Marie Steiner and Ilona Schubert, who had witnessed him being taken ill, and heard him say that he had been poisoned? Or were Steiner’s own later denials that he had been poisoned, as published in three separate bulletins, to be believed? Was the testimony of the three physicians who attended him and carried out some kind of post-mortem examination, that he had not died from poison, their genuine view or were they denying the truth so as not to let the poisoner know that he had succeeded? Were the statements of Dr Ita Wegman (his personal physician) and Guenther Wachsmuth (his personal secretary) that Steiner had died from causes other than poisoning – was this the truth, or were they also covering up the real reason?

In my post, I came down on the side of those who denied that Steiner had been poisoned, and gave instead other reasons for his death, with particular emphasis on the testimonies of Ita Wegman and Guenther Wachsmuth. The whole topic generated nearly sixty comments, and much disagreement between those wedded to the poisoning theory and those who, like myself, were inclined to different explanations.

It seemed clear to me (or as clear as it was possible to be nearly a century after the event) that Steiner had died from highly unusual natural causes related to the shattering of his etheric body after the burning of the first Goetheanum, to which Ita Wegman added another cause:

“The question that arises again and again: what are we to understand by illness of an initiate, why speak of an illness in the case of Rudolf Steiner? That is what I want to try to answer here. Well, why did he get sick?  The delicate physical body was left behind too much and for too long by the soul-spiritual which was working in its very own homeland. The physical body was left to its own weight and physical laws, so that it became weaker and the digestion failed.”

I found these two causes convincing explanations of Steiner’s last illness and there the matter rested, at least in my own mind. But now I have recently read a book of writings by and about Ehrenfried Pfeiffer, which puts the poisoning theory in a rather different light. I reproduce below the anonymous account which appears on pp. 225-6 of Ehrenfried Pfeiffer – A Modern Quest for the Spirit, which has been compiled by Thomas Meyer and published by Mercury Press (ISBN: 978-1-935136-02-6):

(This report has recently been received (1999), from someone who prefers not to be named….)

Toward the end of the 50s, when after recovering from a serious illness Ehrenfried Pfeiffer once again came to Arlesheim and to Dornach, I was called to an internal meeting in the Grandsteinsaal (Foundation Stone Hall) of the Goetheanum. There were only a few present – approximately thirty to forty people. Pfeiffer wished to communicate what had concerned him during his illness and what he still wanted to entrust to a few people; before this he could not leave this Earth. What he said, if I may summarise it, was like a ‘general confession’ of his whole life and striving. From this, the following detail: one reason for his going to America was to contact those with authentic knowledge about mechanical occultism. One such person he found fairly quickly. A trusting relationship developed. One day they discussed various phases in the life of Rudolf Steiner. His poisoning at the tea party after the Christmas Conference (January 1st 1924) was also mentioned. There followed a surprising and dramatic statement by Pfeiffer’s confidant. He said: “Please forgive me, I must say something, alas, which will greatly shock you and could separate us again, although I would deeply regret this: I was the one charged with poisoning Rudolf Steiner! This poisoning, however was not intended to be fatal, but to bring Rudolf Steiner into a condition in which he would no longer control his high occult facilities so that they would be practically extinguished. One would then be able to point to Rudolf Steiner and say: ‘See? When you strive for an occult schooling in his sense, as he describes it, for example in Knowledge of the Higher Worlds and Its Attainment, then you will end up like this.’ ”

Ehrenfried Pfeiffer did not say whether or not he continued his connection with this macabre occultist. He only indicated that Rudolf Steiner overcame this poisoning attempt with the aid of spiritual forces. The brothers of the left hand did not succeed.

There are of course many questions that could be raised about this extraordinary account. First, why is the person who wrote it “someone who prefers not to be named”? With a topic of such vital interest, for Thomas Meyer to quote from an anonymous source does not inspire confidence in the veracity of this account. But let us suppose for a moment that this story were true – in that case, surely Pfeiffer would not have just let the matter drop? 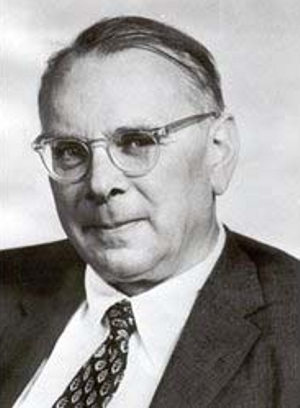 Pfeiffer was, after all, someone who was a very special pupil of Rudolf Steiner; he was, along with Guenther Wachsmuth, the creator of the first of the biodynamic preparations, (P 500 – the cow horn manure) out of indications given by Steiner; he conducted experiments in an attempt to develop a new technology based on the selfless management of etheric energy; he developed the method of “sensitive crystallisation” for the diagnosis of cancer and other diseases, which can also be used for the determination of food quality; and he developed a compost starter and a new heat-resistant strain of wheat with increased protein content. What is more, it was Pfeiffer who, along with Edith Maryon, had stayed with Steiner during the night of the burning of the first Goetheanum – and who had sought to console Steiner, the human being who suffered and whose heart was broken in the night of the fire.

Given this, is it possible that Pfeiffer could have taken such an account of the poisoning of Rudolf Steiner with equanimity? We are told nothing further of his reaction or what he might have said or done subsequently.

Who might this “macabre occultist” have been? My guess, and it is purely a guess from other details in Meyer’s book, is that Pfeiffer’s conversation was with a doctor and occultist called Reuben Swinburne Clymer (1878 – 1966), who since 1905 had been the Supreme Grand Master of the Fraternitas Rosae Crucis, whose headquarters are located at Beverly Hall, Quakertown, near Philadelphia. The conversation, if it indeed took place, is likely to have been in the 1940s, soon after Pfeiffer’s move to the USA. 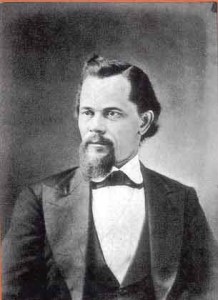 Francis Bacon begins his essay Of Truth with the words: “ ‘What is truth?’ said jesting Pilate, and would not stay for an answer.” I would gladly stay for an answer to the question of whether or not Rudolf Steiner was poisoned, and by whom, but I fear that nearly a century after the event, the truth is now unlikely to be discovered.

155 responses to “Was Rudolf Steiner poisoned after all? Part 1”