The New Screwtape: Letter to an Apprentice Demon

Millions of readers have enjoyed The Screwtape Letters, written by C. S. Lewis and first published in 1942. In these letters, Lewis provides a devil’s eye view of how to undermine human beings and their faith in the spiritual world by promoting doubt and disinterest. The book consists of a series of letters from Screwtape, a senior demon in the Lowerarchy of Hell to his nephew, Wormwood, a junior and rather incompetent demonic apprentice, to whom he acts as mentor. In Screwtape’s advice, individual self-interest and greed are seen as the greatest good, and neither demon is capable of comprehending God’s love for human beings or acknowledging human virtue.

C S Lewis gave little away in the preface about how he managed to get hold of these letters:

“I have no intention of explaining how the correspondence which I now offer to the public fell into my hands. … The sort of script which is used in this book can be very easily obtained by anyone who has once learned the knack; but ill-disposed or excitable people who might make a bad use of it shall not learn it from me.”

Happily, and just in time for Halloween, the anthropopper has “learned the knack” and has discovered that Screwtape is still active in mentoring junior tempters. In particular, a cache of undated letters from Screwtape to an apprentice demon referred to only as “Staudi” has recently come into my hands. Further research will be needed to establish the identity of this servant of the Dark Lord. I reproduce one of these letters below. 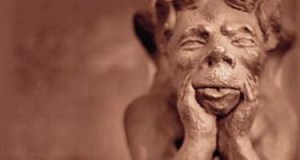 Congratulations on your appointment to an assistant professorship at the university! Not one of our more distinguished seats of learning, to be sure – but it does have the inestimable advantage of being a Jesuit university. The Jesuits are indeed among the strongest allies of Our Father Below and you will find that the intellectual atmosphere and ethos there are remarkably conducive to your work. They share with us an opposition to the dreadful renewed Mystery impulses that Our Enemy RS and his anthroposophical acolytes are seeking to foster in the human spirit.

RS has caused us a great deal of trouble over the years by revealing all sorts of hitherto secret knowledge that can only hinder our task. If ever human beings really came to understand what they are and what their future evolution will be, as described by the Enemy, then it will be all over with Our Father’s cause. It is therefore very important for us that the exoteric Church continues to demand belief and to impose creeds. On the other hand, it suits us just as well if the atheists and materialists hold the intellectual high ground and engender scorn for the spiritual in the minds of their followers. Either position is convenient for our purposes; and both are much better options than allowing our Enemy to point the way in freedom to a true esoteric knowledge of Christ and the future of humanity. Ideally, what we want in human beings is Doubt in the Spirit, Hatred of the Spirit and Fear of the Spirit.

So your task as an historian is to confer the mantle of academic credibility upon our efforts to consign RS and all his works to oblivion. You are to do this by so diminishing him in the eyes of the world that only a very few delusional people will want to pay any attention to what he has said and written.

Your weapons should of course include what we at the Training College call the Three Rs: Racism, Ridicule and Right-Wingery. Let us look at each of these in turn, and examine how you may deploy them for optimal effect.

The accusation of Racism made against any human being is one of the most effective ways today to kill off any real discussion of their views. In the 21st century it has the same effect on most people as did the sound of the leper’s bell in mediaeval times – they run as fast as possible in the opposite direction. You are to use the word purely as an incantation; if you like, purely for its selling power. By calling RS a racist (and you could add in “anti-semite” for good measure), you will set up in people’s minds the idea that not only should they have nothing to do with any of his endeavours but that it is perfectly respectable to abuse and condemn anything associated with him and his works. They will do this without shame and indeed, with a positive glow of self-approval for being so “right-on”. Now, you and I may know that this is all nonsense and that Our Enemy RS had the most nauseating universal love for all human vermin; but as all our apprentices learn, a lie can be half way around the world before the truth has got its boots on.

In your academic writings, you could try scattering around phrases such as “RS’s racially stratified pseudo-religion” and his “blatantly racist doctrine which anticipated important elements of the Nazi worldview by several decades” in the certain knowledge that these entirely false accusations will scare off thousands of potential followers. Manage to do this really well and you will achieve a situation in which most people, if they have heard of RS at all, will know only one thing about him – and that is that he was some kind of racist. However, a word of advice: try to do this with some subtlety and do not over-egg the pudding. Anything the anthroposophists say in defence of RS can of course be dismissed as special pleading, or better yet, you might say that anthroposophists “lack the sort of critical social consciousness that can counteract their flagrantly recessive core beliefs.”

Ridicule is also a very useful tool; and because of the excellent efforts put in over many years by our cultural zeitgeist operatives, it is now intellectually infra dig for most human beings in the West to express any interest, let alone belief, in matters relating to the spirit. Our Enemy’s pernicious views on so-called “spiritual science” have already put him beyond the intellectual pale, so your work has been half-completed for you already. The kind of people you should be seeking to influence here are the opinion formers and the chattering classes – rich, smart, superficially intellectual and brightly sceptical about everything in the world. They have an ingrained habit of belittling anything that has a whiff of the spiritual about it and they will enjoy pouring scorn on RS and his followers. What we are looking for is a similar outcome to what has already been achieved in ridiculing homeopathy. Your goal should be to give some journalists the idea that not only is anthroposophy ludicrous but that there is also a scandal just below the surface awaiting their investigative attention; for example, you could imply that Waldorf schools are run by a racist cult seeking secretly to indoctrinate our children with their weird beliefs. You can make much hay with this!

You can also make good use of those few sad renegades and turncoats, who were once upon a time active within the RS camp but who, for whatever reason, Hell be praised, have now decided to cast their lot with Our Father Below. These people tend to be active in social media and internet forums and so should you be; your aim should be to become like some kind of intellectual guru and arbiter of thought for them. They will come running to you with little snippets of tittle-tattle, seeking your approval and endorsement; you should encourage this.

The third powerful weapon in your armoury is Right-Wingery, and accusations thereof. You may begin this in quite a subtle, insinuating sort of way, eg: “RS was by his own account ‘enthusiastically active’ in pan-German nationalist movements in Vienna at the end of the nineteenth century.” You could continue with: “During his Vienna period RS fell under the sway of Nietzsche, the outstanding anti-democratic thinker of the era, whose elitism made a powerful impression.” This will help to build a picture of Our Enemy as a right-wing reactionary and elitist. You might then wish to add something like: “RS had high praise for ‘German militarism’ and continued to rail against France, French culture and the French language in rhetoric which matched that of Mein Kampf.” You see what I’ve done there? The implication is that RS’s views led straight on to those of Hitler. The fact that none of this is even slightly justifiable in factual terms is neither here nor there. Of course, this is not academic scholarship we are concerned with, but agit-prop.

So everything is clearly going well and you have made a good start. By the way, have you noted that your new university’s most distinguished alumnus is – Senator Joseph McCarthy! Yes, McCarthy, one of Our Father’s more significant political operatives in the 1950s, he of the anti-communist witch hunts in the USA and the notorious “Are you now or have you ever been…” hounding of some of the most distinguished people of his time. McCarthy is a useful example for you to follow and you should study his methods with care. 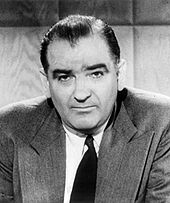 Senator Joseph McCarthy, “one of our more significant political operatives.”

Ultimately, of course, even that brilliant servant of Our Father Below over-reached himself – his tactics and inability to substantiate his claims led him to be censured by the United States Senate and he died in disgrace at the age of only 48. Try not to share a similar fate; you should be careful not to be caught out making demagogic, reckless and unsubstantiated accusations – instead, let some of our useful idiots on the internet forums do the heavy lifting for you.

My dear Staudi, your career is before you. Hell expects and demands that it should be one of unbroken success. If it is not, you know what awaits you.

57 responses to “The New Screwtape: Letter to an Apprentice Demon”